The Presidential election results announced in February became a hotly contested affair, with the electoral victor President Ashraf Ghani and third-time runner up Dr. Abdullah Abdullah both claiming victory and setting up their own parallel governmental structures.  Following six rounds of negotiations between the two candidates on dividing up resources and power, the country’s powerbrokers appear more concerned about their political future. They have yet to shift focus onto the coronavirus health emergency and a coherent response to an average of 55 daily attacks by the Taliban since the US-Taliban peace deal was signed on February 29 (based upon figures provided by the Office of the National Security Council over the weekend of 23-25 April).

Fragmented and aggressive response to negotiations with the Taliban

The political stand-off has led to a fragmented and aggressive response to negotiations with the Taliban, based on a US-Taliban Peace Deal signed in Doha on four key issues: It was agreed that the US will withdraw its troops in less than four months of the signing, and the Taliban also gave assurances that they will not host or support any counter-terrorism on Afghan soil. In addition, the Taliban agreed to a ceasefire as a confidence-building measure based upon a joint 6,000 prisoner release by the Taliban and the Afghan government, which would be followed by and an intra-Afghan dialogue to begin between the elected government of Afghanistan and the Taliban. Barely 600 prisoners have been released during acrimonious exchanges between President Ghani and Taliban representatives.

A further ramification of this stand-off is the stalling of progress by the High Council of Peace and Reconciliation, tasked with leading peace efforts and establishing the framework for negotiations with the Taliban. Initially, President Ghani had publically claimed Dr. Abdullah would have sole leadership of peace negotiations amongst other oversight roles. Not being viewed as an adequate consolation to actual national leadership, official negotiations have been parked to one side.

Who will a desperate and neglected population turn to?

In response to the growing COVID pandemic, the government has imposed lockdown to varying degrees of success – but a lockdown on its own is not sufficient in mitigating the pandemic’s effects. Despite support from the international community in the form of grants and medical equipment, it is the untimely distribution of this much-needed hardware, along with poor distribution of staple food items such as flour, oil and sugar that will result in increased acute hunger and a growing number of citizens dissatisfied with an internally embattled government that they perceive as not caring for its population. Who is it they will turn to as an alternative?

A divided government is its own worst enemy. Not the Taliban or Daesh. Not worsening climate challenges.  The division is ruining the credibility of a country now in its 42nd year of conflict since a coup d’état led to a Soviet-backed invasion. The Government of Afghanistan is distancing itself from the support and leadership that the country’s population is looking for in troubled times. 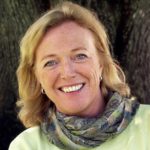 Gry Synnevåg is an Associate Professor at Noragric, where she is also a former Head of Department. 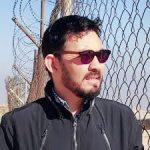 Previous Post: Coloniality and emancipation in the streets of Mérida, Mexico
Next Post: GMO debate is a democratic test for liberalizing Ethiopia