Noragric PhD Fellow Noé Manuel Mendoza Fuente walks us through a visual history of colonialism and indigenous resistance from the Mexican city of Mérida.

Compared with other cities founded by the Spanish Empire, which are superimposed over previously densely populated indigenous territories, the city of Mérida (the capital of Yucatán) openly displays an unusual pride in its colonial heritage and the racial segregation it implies. 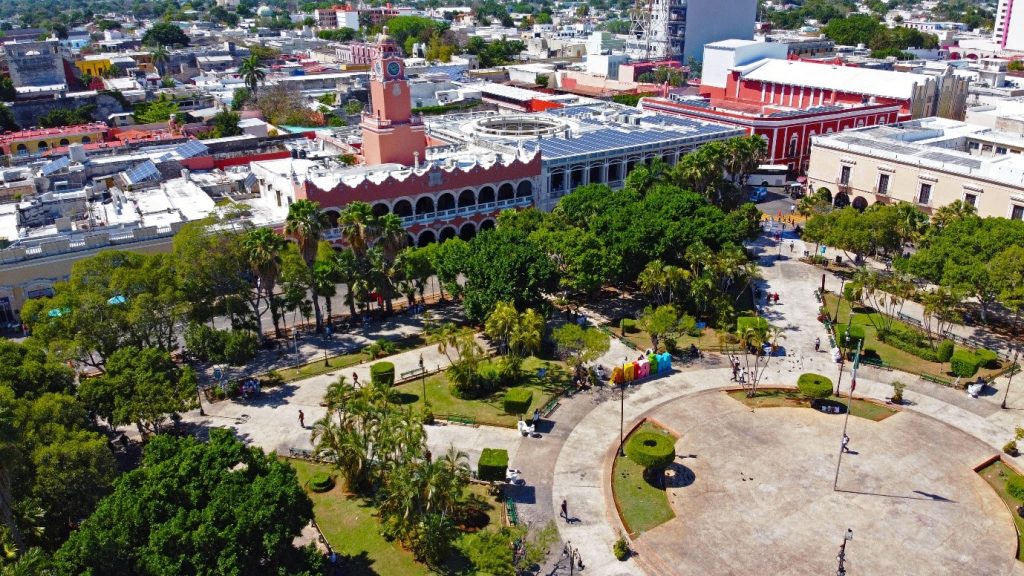 It was common for Mexican historiographers of the past century to depict the tricentennial colonial period as a sort of dark age between the majestic Mesoamerican civilization and the consolidation of the modern nation-State between the 19th and and 20th century. Contrary to this stance, which was manufactured by intellectuals from northern and central Mexico, for the elite of the Yucatán Peninsula, the colonial heritage emanated dignity and honour. Today the streets of Mérida echo a loud, colonial joy.

Built over the pre-Hispanic Mayan city of Tho, Mérida was founded on 6 January 1542, 21 years after the fall of Mexico-Tenochtitlan, as a remembrance of the Spanish city with the same name.

Today the Yucatecan capital is an urban mix of nearly a million inhabitants, nationally known as the white city – a nickname now used as a touristic slogan, inherited from colonial times when Mérida was predominantly a settlement of white skinned people of European descent, segregated from the Mayan peasantry communities that surrounded the city.

Francisco de Montejo y León was the Spanish conquistador who commanded the domination of the Mayan peoples in the area, and was responsible for the foundation of the city. His name is commonly used in the titles of public spaces and private brands, starting with Mérida’s main avenue, Paseo Montejo. This complementory use of a conquistador’s name is a phenomenon rarely seen in settlements with a similar Indigenous-Spanish heritage, such as Mexico City or Cuzco in Peru, since the family names of the conquerors Cortés and Pizarro are still largely regarded as anti-heroes of national identities or at least, as protagonists of a contradictory and traumatic episode of local history. 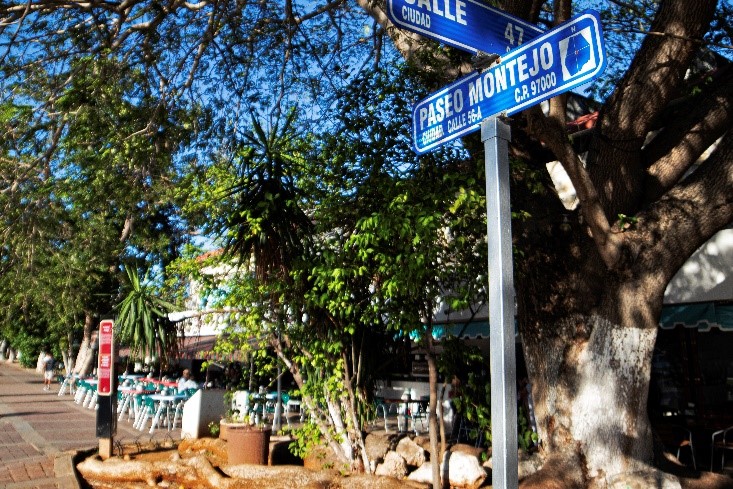 Montejo as a street name. 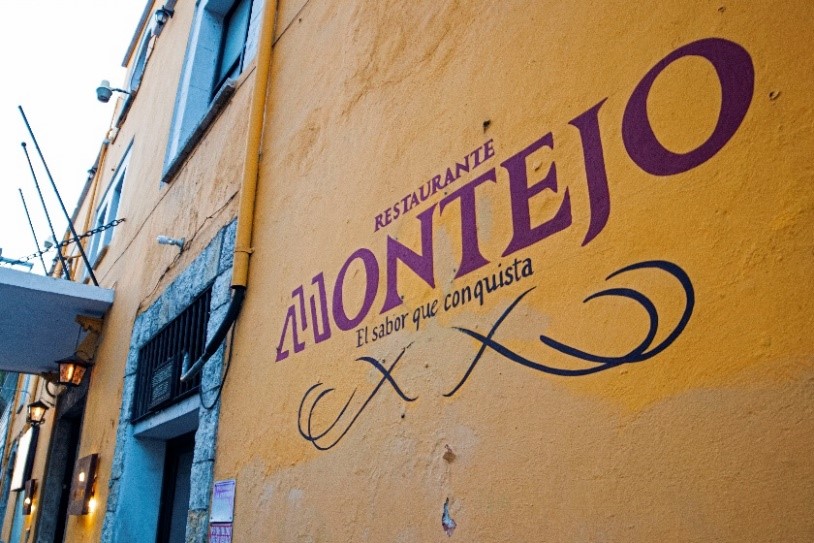 Montejo as a restaurant name.

One of the most dramatic episodes experienced by the city occurred in 1847 when Mayan rebels from the village of Tepich, located 100 miles away from Mérida, ignited a rebellion that sought to shake away the brutal subjugation that the Meridian elite exerted over the indigenous peasantry, as the latter were forced into slave labour and were constantly dispossessed from their territorial tenures throughout the Yucatán Peninsula. The Mayan rebels’ offensive approached Mérida in a storm of violence that expanded its social force with staggering speed, easily collecting sympathies in every village it encountered on its way to Mérida.

The Mérida elite, whose identity was largely forged by its relative isolation from the rest of Mexico, found itself abandoned by a tumbling Mexican State that was in the middle of an invasion by the United States. After a few months of the initial Mayan offensive, the imminent fall of the city was prevented by the incoming of the rainy season which motivated the peasant rebels to head back home in order to sow their Milpas (agricultural plots cultivated mainly with corn, beans and squash). The aftermath of the almost-sieged Mérida episode was a 54-year war that was consummated by the Mexican dictator Porfirio Diaz in 1901. Remembrances of the Caste War are symbolically confined to museums, while the glorious days of wealth accumulation by the Mérida elite constitute one of the main touristic sightseeing locations in the city. 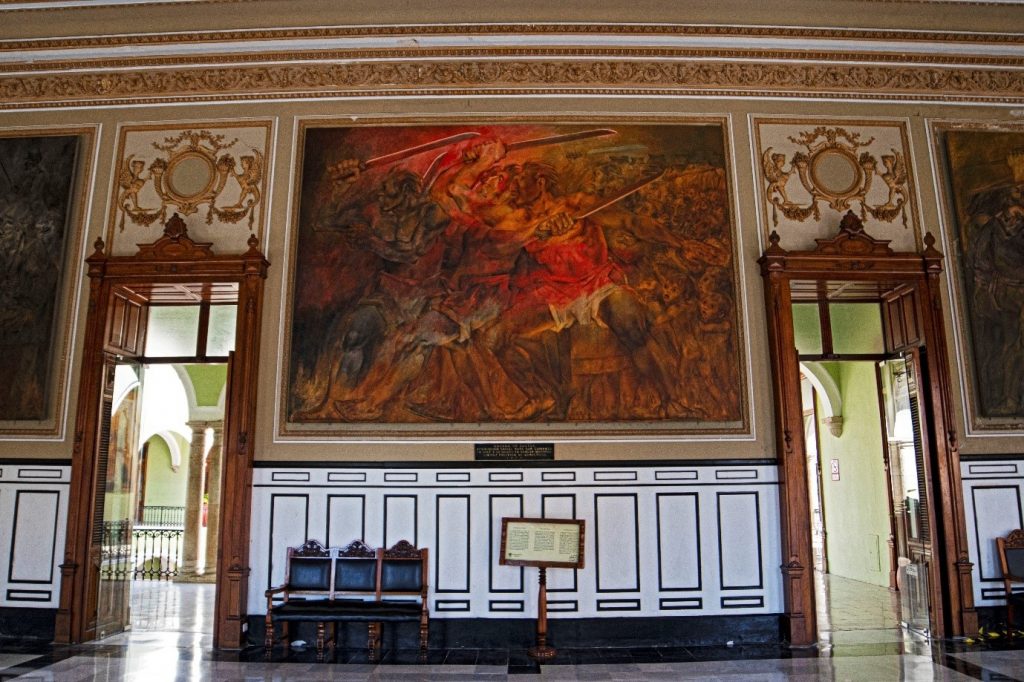 The majestic mansions that line Paseo Montejo symbolize the affluence provided by the commodity export boom propelled by the production and export of sisal fiber, obtained from a subspecies of Agave – the same plant from which Tequila is obtained. Sisal was produced in Yucatecan haciendas (agro-industrial facilities), which controlled hundreds and even thousands of acres of Agave plantations and were operated by barely-payed indigenous labour.

The old mansions of Paseo Montejo belonged to 19th Century wealthy Mérida’s citizens, and are one of the main touristic sights.

In terms of foreign currency incomes, sisal exports shifted the Yucatecan economy from being last place nationally in the mid 19th century to number one in the first decade of the 1900’s. Today, these mansions no longer serve as residences, and instead host banks, museums and private social events. 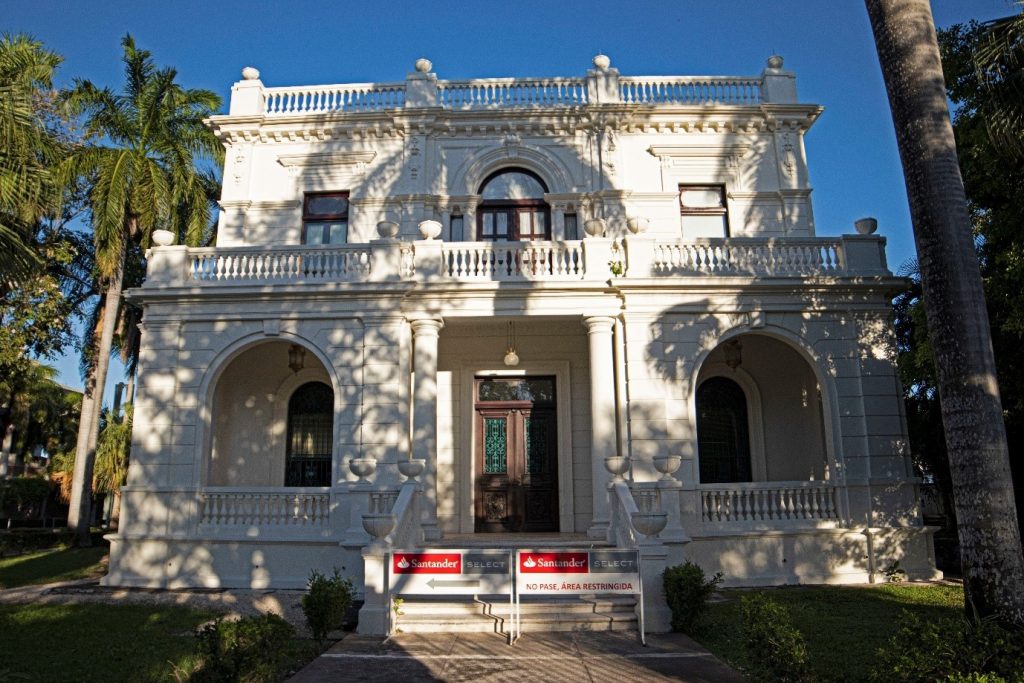 Many old mansions now host banks and other private companies.

The Yucatecan elite has a distinctive category, complement of the Caste War – they are known as the Divine Caste. Even today, the folk of Mérida refer to pretentiousness and snobbishness as characteristics of la Casta Divina. Despite the racism and cynical social stratification associated with the term, the Divine Caste seems to be functional as a brand that communicates exclusivity and locality in private businesses.

Restaurant in downtown Mérida with a name that symbolises elitism.

In spite of the astonishing display of elite symbolism, traditional Mayan culture still permeates and defines Yucatecan culture through the spicy flavours and radiant colours of its revered dishes, most of which rely on the main foods obtained in the Mayan Milpas: corn, squash, beans, sweet potatoes, and chilis, among other foods. 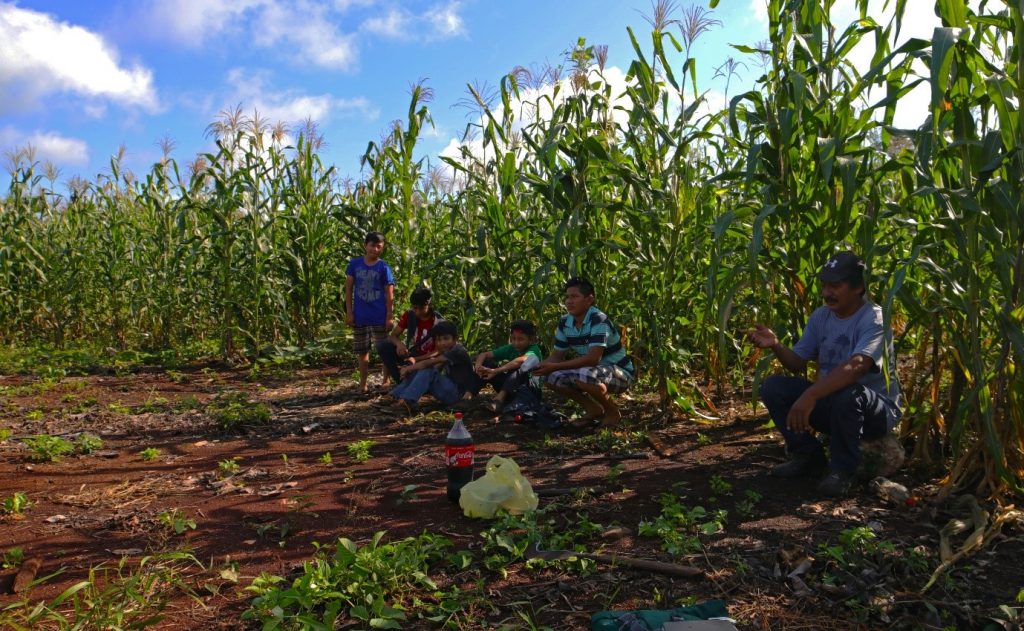 Milpa of a Mayan family in a village of the Yucatán Peninsula.

Yucatán entrepreneurs have taken advantage of the powerful appeal that indigenous exoticism generates from foreign visitors. A classic strategy in many restaurants is to showcase women elaborating tortillas in a semi-traditional way, resembling a Mayan k’óoben or kitchen. These tortillas have a superior flavour compared to massively manufactured ones, and the experience of eating Yucatecan food next to a k’óoben seems to provide a perceived authentic immersion into local culture for tourists .

Restaurant in Mérida showcasing an approximation to a traditional Mayan kitchen.

Another turning point in the history of Yucatán was the brief administration of the governor Felipe Carrillo Puerto, who was proposed by the Southeast Socialist Party and elected in 1922 becoming the first socialist governor to win an election in Latin America. His most remarkable decisions included providing the Yucatán with its first public university, reducing fiscal privileges to commodity exports and being the first governor to attempt the enactment of the land reform established in the Mexican Constitution of 1917.

Main building of the first university in Yucatán (now Autonomous University of Yucatán).

At the national level, land reform initiated a decade later when president Lázaro Cardenas imprinted a socialist character to the post-revolutionary Mexican State in the late 1930’s. Carrillo Puerto’s pioneering attitude had a high price: he was deposed by a military coup and shot to death on 3 January, 1924. Few public spaces in Mérida evoke his memory and legacy, compared with the projection of the Divine Caste and its splendid delights. Depictions of Carrillo Puerto are secluded in hidden corners of the city.

Felipe Carrillo Puerto and Lázaro Cárdenas in a mural paint inside a museum in downtown Mérida.

Colonial pride and glances of emancipation are interwoven in the heated and radiant streets of Mérida, a city whose character is defined by its rural surroundings – which undoubtedly belong to the Mayan culture. At the same time, the fate of the Mayan peoples of Yucatán has thrived, according to the decisions and struggles experienced by the elite of Mérida. The current Mexican government has plans of building a ‘Mayan’ Train that will connect the touristic cluster of the Mexican Caribbean with Mérida and other regions in the Peninsula.

Major Yucatán entrepreneurs are rubbing their hands already, expecting to increase the influx of visitors and reducing the cost of commodities’ transportation. Most of the people in the rural surroundings of Mérida expect social assistance programs in exchange for allowing the government to build the train across their communal lands. But there are also small groups of resistance, striving for emancipation from business as usual. Although the streets of Mérida try to eclipse it, an indigenous memory of emancipation awaits in a dark corner. 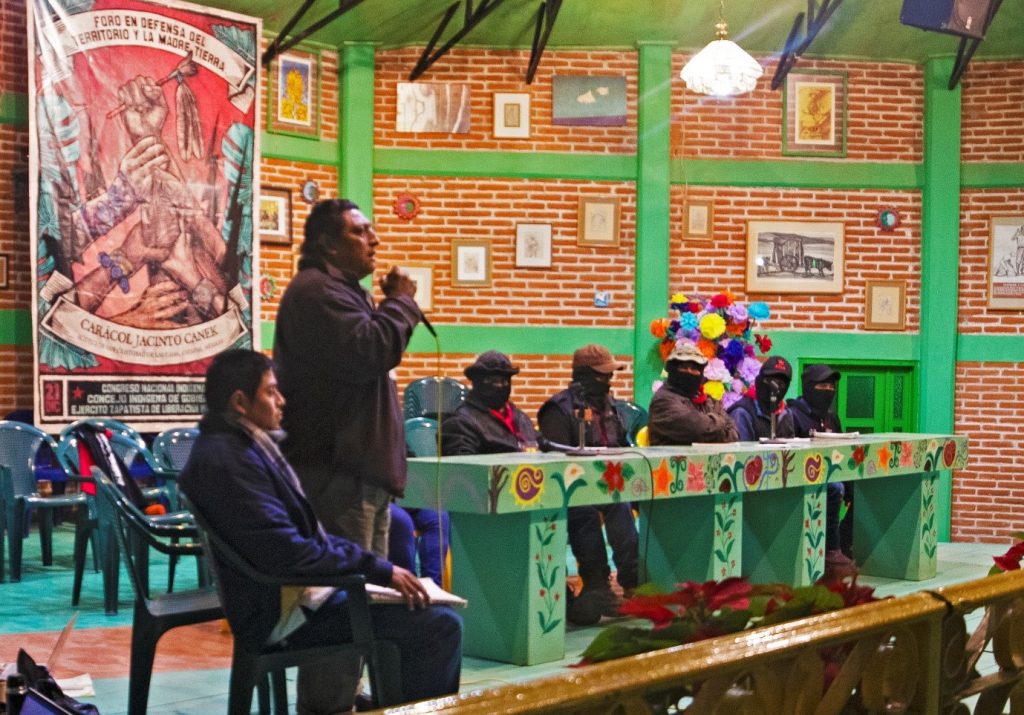 Delegates of Yucatán exposing their opposition to the Mayan Train in a forum of the National Indigenous Congress.

All photographs are by Noé Manuel Mendoza Fuente. 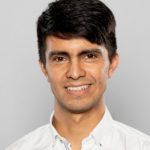 Noé Manuel Mendoza Fuente is a PhD Fellow at Noragric, NMBU. His research aims to understand the relationship between economic inequality and environmental change, with a geographical focus on the Mayan Rainforest in Mexico.

Previous Post: Apocalypse Yesterday?
Next Post: Lack of political will is more dangerous for Afghanistan than the COVID pandemic