Well, if everything happens for a reason, then the crooked ‘P’ is representative of this conference

Tomohiro Harada spent almost 2 long weeks at the Conference of the Parties (COP) to the UN’s Convention on Climate Change  in Madrid this December. Here are his take-home thoughts.

LOSER: Spirit of Paris and Ambitions

Whatever spirit and ambition that came out from the Paris Agreement, it was dead on arrival by the second week of this COP. The Parties continue to politicise the legitimacy of science and traditional knowledge behind the need (or lack thereof) for ambitious climate action, as well as the social and environmental safeguards that protect those exposed to market forces. Scientists observing COP had their worst fears realised as the gap between actions required according to science, and political will to do so continues to grow.

This lead to another blow to the very idea of climate action being Party-driven. COP25 clearly demonstrates that States are incapable of ambitious climate action, as they continue to kick the can down the road on Paris Rulebook. It’s a massive dent to the UNFCCC as an institution that is supposed to provide solutions through multilateralism. This is an increasingly massive problem that stands in the way of climate justice.

It was all done with good intention. Chile stood up when Brazil bailed in hosting the COP, and nobody in Latin America stood up except Costa Rica. Then came the protest, and everything went pretty much down hill from there. Chile desperately needed something good to come out of the longest COP in history. However, they go home pretty much empty handed, except for a number of watered down decisions that will not satisfy millions of people on the streets in Chile and around the world.

Coming in as TIME Person of the Year, she used her media platform strategically to bring out the voices of others who needed to be heard. Her press conference, where the media were treated to the voices of Indigenous youth, was empowering and remains a highlight.

With all the talk about fake news, the media’s obsession with Greta Thunberg was simply unbearable and ethically questionable. Greta told the media to listen to Indigenous Peoples, and whilst the media published her words, they continue to fail to deliver her message. They only follow those making the biggest noise, forgetting that those being silenced by their actions are the ones that need to be covered in this climate crisis.

Indigenous Peoples are finally being acknowledged by other constituencies in civil society as those living on the frontline of climate change, but perhaps more importantly, as rights holders with solutions to fighting climate change. But let’s not forget that this is only happening because Indigenous Peoples took it upon themselves to take leadership in lobbying not only the states, but also other constituencies, to prioritise the rights of indigenous peoples and human rights generally in the context of climate justice. They got the work plan for the Platform, made important connections with key players in negotiations, and bowed out with the Ray of the Year. They are here and ready for the long haul.

The Gender Action Plan is set to realise womens’ full, equal and meaningful participation and to promote gender-responsive climate policy. By all measures, women were under-represented at COP25 and this plan will empower UNFCCC to actively pursue a whole host of measures to realise gender balance in bodies under the UNFCCC and to monitor their implementation.

This event, which took place in parallel to the Parties’ Plenary by civil society at COP25, is sure to become a tradition at future COPs. Inspired by Indigenous Peoples, this event will deliver the message that people are united and Parties are the only roadblock to achieving high ambitions. Yes, there was a protest. Yes, there was a march. Yes, someone dumped horse manure outside the COP venue, but if the Peoples’ Plenary grows into something bigger, this could become a contesting ground for the legitimacy of Party-driven climate action.

But all things considered, the irony is that at this COP, the spoilers won the battle. They were the master of obstructing progress, wasting over 50% of consultation hours by repeating laundry lists of dissatisfaction in the mode of work and the substance of draft text, clause by clause. It worked. Time ran out. None of the texts are ambitious. They will be back, and they will win again unless high-ambition coalitions come back with a better game plan.

The announcement of EU’s Green Deal in the second week of COP25 came little too late to add any thrust to its already deflated atmosphere. It gave little time for others to gain insight of the Deal, and the lack of commitment by Poland was more newsworthy than the Deal itself. The EU’s inability to champion the discussion on social and environmental safeguards deeply disappointed many countries that expected EU to come out strongly.

Isolation is one way to pressure your opponents into submission, but it was the small island states who publicly tweeted that they found themselves being excluded from the 11th-hour negotiations. In fact, Papua New Guinea also claimed that 90% of the Parties were excluded. The COP Presidency didn’t have any sympathy for them either. Their time is running out.

This will be remembered as the only COP where American enterprise has done something good to keep the delegates happy. They cashed in from Parties, Observers, Secretariat, Press, Police and Security Guards. I couldn’t help but to notice that even the Chinese delegates had to be powered by freedom burgers. Irony.

Extinction Rebellion came prepared. They danced their way through the city dragging a papier mâché whale carcass, dumped horse manure at the gate of the COP venue and put nooses around their necks as they stood on melting blocks of ice. They certainly managed to bait media attention, but at the end of the day the activists who show up at COP and climate marches as a whole are fighting for the same cause. It’s okay to protest against governments and demand actions through civil disobedience, but they need to stay clear of those who bring real solutions to the table.

I wouldn’t expect COP26 to bring anything new. Of course, by then, Brexit would have taken place and the US would have left the Paris Agreement and may have elected a new president. But given the decimated status of climate science and the zero-sum view by some of the Parties, the Party-driven process as it is will never overcome the urgent challenges facing our planet. But the People are waking up to this reality and they are starting to do something about it. 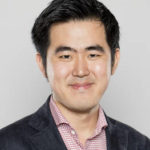 Previous Post: Brexit Futures: Between a Model and a Martyr
Next Post: All this testing but the competition does not make sense: Why Norway should pull out of PISA