Since the end of 2019, India has been rocked by protests against the Citizenship Amendment Act (CAA) and the proposed National Register of Citizens Register (NRC). Protests initially began in Assam, West Bengal and New Delhi and have since spread across the country. Students from different backgrounds and across the length and breadth of the country have been leading the protests. They have been joined by citizens from all walks of life and different religious backgrounds.

In particular, the movement gained momentum after brutal police attacks on students of Aligarh Muslim University and Jamia Milia Islamia in Delhi in mid-December. Indians were shocked by tear gas shells being lobbed by the police in a University library; even in Hong Kong the police exercised more restraint initially. Since the protests began in mid-December, over 20 people have died across India.

The CAA seeks to provide Indian citizenship to minorities who have fled from religious persecution in Pakistan, Bangladesh and Afghanistan. Controversially, the act mentions Hindus, Sikhs, Christians, Jains, Buddhists and Parsis, but not Muslims, Jews or atheists.

India is not a signatory to the UN Refugee Convention of 1951 or the 1967 Protocol, which protects refugee rights and the proposed CAA will not provide a much-needed overarching national refugee protection framework. Rather the opposite. The CAA is disturbing because it makes problematic distinctions between different groups of people based on religion and is pursuing a divide and rule policy that has not been witnessed in India since the partition of 1947.

The omission of Muslims who make up about 14 percent of India’s population (about 200 Million people) is discriminatory and arbitrary.  Parsis, not known to be persecuted in the three neighbouring countries, are included, but persecuted Muslims such as the Rohingas of Myanmar, Ahmadis of Pakistan, Hazaras of Afghanistan and Hindu Tamils of Sri Lanka are not.  In the run-up to the act being passed in parliament, inflammatory language was deployed by the highly right-wing Home Minister, Amit Shah, who spoke of his intent to get rid of “infiltrators and illegal residents” by 2024, and also legitimise acts of violence against them and critics of the current regime, which have been rising since the government came to power in 2014.

The National Register of Citizens

The CAA also needs to be seen in conjunction with the National Register of Citizens  (NRC),which the BJP (India’s ruling Bharatiya Janata Party) seeks to roll out across India. In Assam, where the NRC had already been implemented, thousands have been deemed  ‘stateless’, needing to prove their Indian citizenship before draconian Foreigners Tribunals or landing up in detention camps that have undermined the democratic process. Clearly, the the poor will bear the brunt of the combination of the CAA and NRC roll out (especially Dalits, as well as Muslims and poor Hindus) because the majority of poorer Indians lack identity cards, proof of address, birth certificates and will also struggle to produce these correct documents.  Millions of Indians, especially Muslims, could be rendered stateless.

Fear for Indian Muslims without documentation

The consequence of this, revoking citizenship largely from the poor or anyone else who lacks documentation, could turn millions into migrants. The CAA can provide legal status and citizenship for most migrant communities, but not for Muslims. The fear is that many of India’s Muslims could end up detained in camps for illegal immigrants, which fits in with the general dehumanisation of Muslims in India inspired by the BJP.

Citizenship has always been unequal and fraught in India. As argued by the social theorist Partha Chatterjee (2004),  universal citizenship premised on the notion of equal citizens has never existed in practice because millions of poor and disenfranchised groups in India lack basic rights and are often considered ‘illegal’ since they lack formal tenure status.  Still, in theory, they are guaranteed constitutional rights by virtue of being Indian citizens.  The CAA by enshrining  discrimination in law on the grounds of religion can thus be considered   unconstitutional and seriously undermining of Indian democracy which is based on a secular constitutional ethos.

The BJP’s disregard for law and order in the capital and the states where it has a majority has been striking. In Uttar Pradesh, Muslims from poorer sections have been badly affected after the protests and the police have even resorted to shooting Muslims who were not participating in protests.  On January 6, about 40 people were badly injured after masked groups stormed the campus of the famous Jawaharlal Nehru university (JNU) and beat students and staff with batons for about three hours. Still, the the police failed to protect students and staff. So far an injured student activist, the JNU student’s union president, has been charged but none of the culprits, which suggests government complicity.

Since Prime Minister Narendra Modi came to power in 2014, inflammatory hate speech, vigilante nationalism, and violent acts against Muslims and other minorities have been widespread. Since winning a decisive second term in May 2019, the promotion of a majoritarian fascist right-wing Hindu agenda has been more pronounced (e.g. the repressive communication blockade and militarised actions in Kashmir since August 2019). Sadly, recent global awards from the Bill and Melinda Gates Foundation  as well as the Seoul Peace Prize and UNEP’s Champions of Earth Prize have only served to legitimise and embolden Modi and his supporters to intensify their divisive politics. The parallel ‘othering’ of Muslims in the West has also tended to mute the protest of the international community, which needs to be vocal, insist on human rights, and show solidarity with minorities now, not when it is too late.

Many critical historians and political commentators are looking to 1930s Germany to understand contemporary politics in India, as well as the rise of authoritarian leaders such as Modi, Trump, Erdogan in Turkey, and Duterte in the Philippines. Hitler, for example, passed very controversial citizenship laws in the 1930s that paved the way for the Nurenberg laws, vilified minorities, intellectuals and also attacked universities. Such patterns are being repeated in India and beyond and clearly have no place in modern democracies. Lessons must be learnt from history to understand not just about how democracy can get subverted from within, but also why such populist and authoritarian figures enjoy high popularity amongst the working and middle classes, many of whom claim that they do not identify with fascist agendas.

Until the end of 2019, there was little dissent from ordinary Indians. However, the recent protests across India have brought students, ordinary citizens and even some progressive  Bollywood stars on to the streets. They are protesting because of the clear discriminatory nature of the CAA and NRC, and against state-sponsored violence in critical and inclusive spaces such as JNU. But most of all, they are protesting to retain the secular fabric of India as enshrined in the constitution, the idea of India and who is an Indian. This gives me hope for 2020. 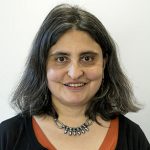 Previous Post: All this testing but the competition does not make sense: Why Norway should pull out of PISA
Next Post: Apocalypse Yesterday?