Whilst we wait for the Taliban to meet international human rights standards, it would be wrong to withhold humanitarian assistance as the harsh winter draws in. Humanitarian action will build confidence on both sides whilst providing critical aid.

Afghanistan continues to polarise international response, even more so with alliances being reviewed after the unconditional international troop withdrawal prompted by the U.S. last month. Western donors have frozen all Afghan overseas assets and set a series of conditions to be met before collaboration, recognition and the unfreezing of assets can occur. These demands include ensuring Afghanistan does not become a haven for international terrorism, respecting human rights (particularly female rights), establishing an inclusive and representative government, allowing free access for humanitarian aid and allowing the departure of foreign citizens and ‘at risk’ Afghans.

Despite first impressions, a common ground between the  gradually evolving Taliban government and the international community does exist.  Both sides want a relatively stable Afghanistan. Both want to prevent humanitarian crises, preclude a mass exodus of the best and brightest Afghans (brain drain), and to implement immediate and longer-term actions to assure economic stability.

Both factions have problems with internal divisions. There is division both within the Taliban government of the newly named Islamic Emirate of Afghanistan, and within the international community. Both are composed of groups with differing interests that create internal disagreement. The international community and the Taliban continue to react in the same manner and show little flexibility or desire to capitalise on lessons learned from the past – although the Taliban appear to have moved forward in terms of rhetoric, if not action. But this is where the similarities end.

Non-western donors such as China, Russia, Pakistan, Iran and India have adopted a more pragmatic response. This is likely because they are geographical neighbours, directly and immediately impacted by what happens in Afghanistan. They are also able to take a more long-term strategic stance because they are not hindered by myopic establishment thinking and internal political machinery designed to tie foreign policy and aid to constant bi-partisan scrutiny and electoral cycles. Such cycles limit many Western donors to a 3-5-year window for achieving ambitious targets built on assumption-laden policies and development frameworks.  These non-Western donors not only participated in broader meetings with Taliban representatives in Doha Peace Agreement meetings, but also invited Taliban representatives to their own capitals, and were the first to have direct dialogue with the Taliban governance structure. Some have acknowledged the importance of Western donor conditionalities for engagement, but have already started responding to broader Taliban concerns over aid and economic support.

The international community does, however, have shared concerns in keeping all players loosely bound together, forcing them to cooperate in addressing the impending spike in migration similar to that of the Syrian crisis in 2015. The international community is also concerned that the apparent Taliban victory over the U.S. is fuelling increased extremism and terrorism elsewhere across the globe.   Then there is also the fear of increased opium production, although the Taliban government has currently banned poppy cultivation.

As for the Taliban, they were not quite ready to take on the running of Afghanistan in mid-August. The Taliban had agreed not to enter the capital for up to two weeks while discussions were to be held with President Ghani’s administration along with other key Afghan powerbrokers. The unannounced and sudden flight of President Ghani on 15th August and the subsequent disintegration of Afghan security forces around Kabul made for an even speedier victory than anticipated. Although the Taliban had established a form of rebel governance at the village and district level (which was supported by a minority of conservative areas as a better alternative to the actual Afghan government), the Taliban had now replaced a Kabul-centric top-down government that was almost invisible at the district level. They struggled to announce an interim government and fell very short of donor expectations and demands.

Since their arrival in Kabul, divisions within the Taliban are already evident. There are disagreements over the apportioning of power and the spoils of war. Edicts emerging from Kabul’s Taliban administration are interpreted differently around the country, in both rural and urban areas. In turn, the Afghan population is also responding with refutation and protests, both in cities and with more caution in many rural areas.

The current Taliban leadership brings with it ongoing relationships with a number of international stakeholders. These relationships have been cultivated over the last few years through direct meetings and from the Afghanistan Peace Agreement meetings in Doha. The Taliban seek legitimacy in the eyes of the international community, but on their own terms. Whilst their rhetoric acknowledges some of the demands of Western donors, attempts to balance this with internal divisions  continue to slow down decision making. This is reflected in the recent announcement of a partially complete list of Cabinet members. Posts are divided up amongst factions and hierarchies, just as they were in the Afghan Interim Authority that was established by the international community from 2001-2003.

There are a number of factors, such as failure to observe  female rights and the continued collaboration with other terrorist organisations, that are a long way from resolution. Some of these may not be open to compromise at all under a hybrid autocratic and theologically-driven regime.

For their part, the Western donors are gradually shifting from an inflexible stance of staunch demands and proof that the Taliban has changed. Part of this change is due to strong lobbying by the United Nations (UN), highlighting an imminent humanitarian crisis that has been gradually building over the last l years and is being compounded by the COVID-19 pandemic and the freezing of aid funding for Afghanistan. Like many local and international NGOs, the UN has developed on-the-ground relationships that allow it to delivery humanitarian services as a confidence-building mechanism with the Taliban. This will hopefully allow the UN and other non-state actors to continue vital support to the health, education and agriculture sectors.

Human rights and freedom from abuse do not have to be compromised in order to provide humanitarian support. In fact, humanitarian support can be used as a confidence-building measure between both sides, allowing opportunities for the UN and civil society to support human rights in practice through the delivery of health and education services, and to the reactivation of agricultural production to increase food security.

Whilst the general impression created by the media is one of complete chaos across the country, most of this coverage has focused on Kabul airport and the ensuing protests in cities. In reality, most of Kabul is actually relatively quiet, and in rural areas there appears to be almost no fighting as farming communities are adjusting to one less challenge in their lives. Let’s not add to these challenges by withholding humanitarian assistance as another harsh winter draws in. Let us instead treat the provision of humanitarian assistance as a confidence-building measure on both sides. We should use assistance as an entry point to expand support in health education and agriculture, as well as to push for vital concessions around human rights.

Karim Merchant is a consultant on policy & project development within humanitarian assistance, food security and peace-building.  He has worked in Afghanistan for over 20 years with contacts including politicians, NGOs and individual agents of advocacy. He teaches Statebuilding, Security and Development in Fragile and Conflict Affected States: A Case Study of Afghanistan on NMBU’s Master’s programme in International Relations. 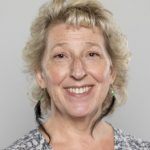 Ingrid Nyborg is an Associate Professor at Noragric. She specializes in post-conflict and post-crisis development in South Asia, with a focus on Pakistan and Afghanistan. Since 2005, Nyborg has studied rural livelihoods in Afghanistan, focusing on participatory methods and co-production of knowledge with local development organizations as an example of capacity-building research.

Previous Post: A new Taliban for a new Afghanistan?
Next Post: Militant political Islam wins, peaceful political Islam loses – Is that the lesson we want to teach the world?