Whilst the world closely watched the debacle in Afghanistan, equally important events in Tunisia fell under the radar. Ironically, the dissolution of the Tunisian parliament enhances the lessons that jihadists might draw from Afghanistan. The combined lessons from events in Tunisia and Afghanistan send a signal that will come back to haunt the West.

Tunisia was perhaps a country that could have been supported with a small fraction of what has been spent on Afghanistan, and with a more successful outcome. A successful example of integrating Islamists could have been made rather than fighting losing wars with them. The combination of the Taliban’s victory in Afghanistan and Ennahda’s defeat in Tunisia make a maligned lesson for Islamists: that when moderate Islamists fail to get Western support in democratic, secular systems, it pays to be militant and fight the West.

Tunisia shows Islamists the perils of entering into democratic elections and even coalitions. The lesson for democratic and moderate Islamists so far is that you will be removed, even banned. Jihadists are not afraid to make this point with the Islamic State claiming that the removal was expected. This echoes Shabaab’s criticism of the Muslim Brotherhood in Egypt when they fell from power – that involvement in a secular system will never benefit Islamists.

Lesson from Afghanistan: Militancy pays off?

Over the last months, images from Afghanistan received major media coverage globally. While the Western defeat has spurred questions amongst analysts and states alike about American fighting power and commitment to allies, jihadists around the world – many of whom in the past had sworn enmity towards the US – celebrated.

In late August, Al Qaeda in the Islamic Maghreb (AQIM)  and Jama’at Nasr al-Islam wal Muslimin (JNIM) North Africa and the Sahel, issued a joint statement of congratulations to the Taliban, claiming that its ‘victory’ justified Jihad. Al Qaeda in the Arab Peninsula (AQAP) created a separate audio chant celebrating Taliban’s victory , where they also elaborated on how the Taliban’s strategy was a realistic way to succeed. This claim was echoed by the largest Al Qaeda affiliate, Harakat Al Shabaab in the Horn of Africa. Shabaab shares AQAPs view, stressing that Afghanistan shows that similar results are possible with the Turkish intervention in Somalia. Moreover, religion-inspired political movements outside the Al Qaeda network celebrated. Even Hamas issued a statement to congratulate ‘Afghanistan’ (interestingly not the Taliban).

Indeed, for many of these organizations facing an external intervening force and fighting what is seemingly a ‘forever war’ of attrition, the defeat of the West presents a hope for success. The Taliban take-over was swift, despite the belief that the Western-trained army was strong enough to stand up to the Taliban attack for months, if not to stall it completely. In hindsight, it seems it was a lack of loyalty to the army and a willingness to sell out for profit that floored the Afghan army and facilitated the Taliban’s victory. Many of the Islam-inspired militants around the world similarly face Western-supported armies.

Although the Doha agreement between Taliban and the United States stated that ‘the Taliban will not allow any of its members, other individuals or groups, including  al-Qaida, to use the soil of Afghanistan to threaten the security of the United States and its  allies’, we see that Al Qaeda has a presence in the country. The latest figures from the now defunct Afghan intelligence services put the number of Al Qaeda members at as much as 1500 men. This sends a signal that negotiations can be used strategically by militants, as a tool to facilitate total victory.

For many religious movements in the Middle East, Afghanistan shows that the Western willingness to support local governments is on the decline, and that militant jihadism works. Afghanistan shows them the value of fighting: The value of enduring duress and long-time foreign intervention while awaiting a withdrawal of the same forces when the costs are too great to be politically acceptable for Western audiences. AQAP, JNIM and AQIM have a point when they claim that the victory shows the value of violence. Violence, it seems, pays off.

There are of course nuances to the argument. Whilst the Islamic State and its affiliates discussed the Taliban victory as an American plot, they see opportunities created by the new victory. The Islamic State have scorned the Taliban victory in Afghanistan, claiming that its Islamist rival had merely been handed the country by the withdrawal of American troops. In other words, the symbolic value of the fall of Kabul was strong, from Al Qaeda and Hamas, to the Islamic State. The recent events sent signals of the triumph of militant Islamism.

Lesson from Tunisia: Moderation and cooperation is costly

Parallel to the Afghanistan debacle, we also saw what could be the final death of the Arab Spring. On 25 July 2021, the elected Tunisian President Kais Saied dismissed Prime Minister Hichem Mechichi and suspended the activities of the Assembly of the Representatives of the People. He did so by invoking emergency powers based in Article 80 of the Tunisian Constitution, albeit according to leaders of Parliament. He ignored that the same constitution stipulated that such a move was supposed to be taken after consulting them. Further, the constitution stipulates that a constitutional court has to approve the move – but this constitutional court has yet to be created.

In Tunisia, the economic declines from a drastic downturn in tourist income and a cumbersome and problematic handling of Covid-19, had over time soured the relationship between the public and the political leaders.

Tunisia’s moderate Ennahda movement, with strong connections to the Muslim brotherhood, was yet again removed from power as the parliament was dissolved. Ennadha has in the past showed a tendency towards moderation and a commitment to democracy and cooperation.  After entering into a variety of power sharing agreements with other more secularist political parties, and yielding power on several occasions, despite winning simple majorities in popular and democratic elections.

Ennahda contributed to tension in an already deeply polarized country with strong distrust between secularists, and connections to the old Ben Ali Dictatorship. With ten governments in ten years, many wished for a secular ‘strong man’ of the likes of Egypt’s Sisi. While Saied has popular support, the support for Ennadha also remains strong. They achieved 19% of the votes in 2019. The reactions of the West to the silent coup  were weak, while endorsements for the coup were forthcoming from a variety of Middle Eastern autocratic leaders. As expressed by Nobel Laureate Tawakul Kaman, this sets a heavy precedence where moderate Islamists entering into political processes experience being blocked, without much reaction from the world. The West seemingly accepts suppression of democratic forces, sacrificed at the altar of short-term stability.

What we have seen over the last month is not only a Western defeat in Afghanistan, but also a maligned lesson for the Islamists that seeking the middle ground, and seeking consensus through democratic processes is a dead-end, while seeking conflict succeeds.

It is not, however, too late. Western countries might put pressure on the Tunisian president to re-start a political process involving Ennahda. In today’s circumstances, it should be remembered that an integration of political forces in the Middle East is important, as is the creation of a Middle Eastern beacon of democracy, which Tunis had the potential to be until quite recently. The Tunisian democracy was perhaps more important to support than the ill-fated Afghan institutions in the war against extremism, yet we neglected it. 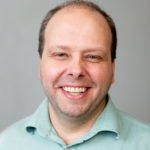 Stig Jarle Hansen is a Professor in International Relations at the Department of International Environment and Development Studies (Noragric) at the Norwegian University of Life Sciences. He is a world expert on Islamism in the Horn of Africa and the Shabaab Group. Hansen works primarily within the fields of organized crime, religion and politics, including religious terrorism. He has a special interest in British idealism and Islamic political thought processes. Geographically, his main focus is in the wider Red Sea region, Yemen, Somalia, Eritrea, Ethiopia and Kenya.

Previous Post: Is cooperation with the Taliban a recipe for disaster or a new way forward?