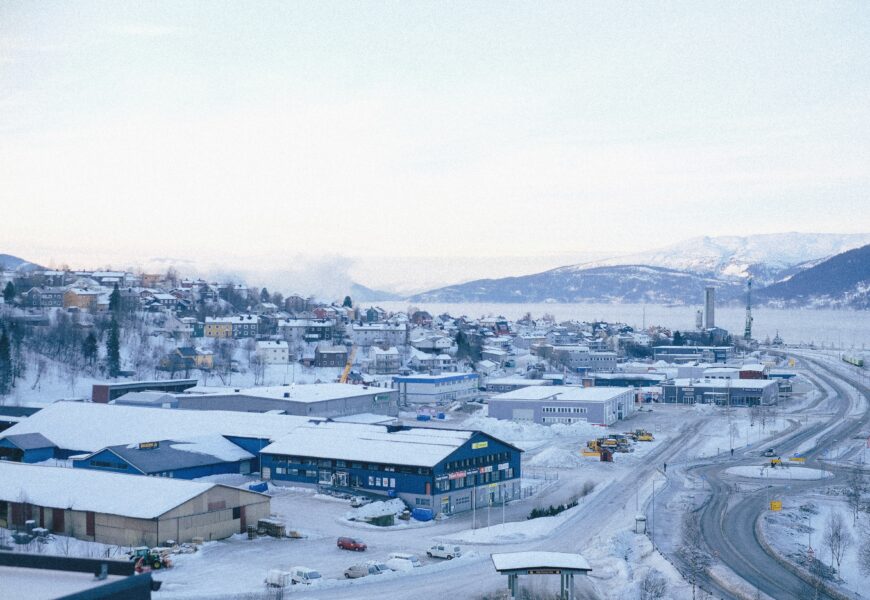 Several companies are currently planning to build battery cell Gigafactories in Norway. Although the emerging industry is promising new ‘green’ economic growth for the oil-dependent country, it is reliant on lithium and other raw materials that are extracted elsewhere.

With several Gigafactories planned to be built over the coming decade, Norway is taking strides in the battery business. The country’s new ‘industrial adventure’ is promising a ‘green’ and ‘sustainable’ form of economic value creation, bringing jobs and innovation. However, batteries depend on minerals, such as lithium, which are extracted abroad. Therefore, it is important to inquire on what material basis the emerging industry is built, and with what consequences beyond our borders.

In the past months, electric vehicle (EV) batteries have received enormous attention in Norway – not only due to the country’s high percentage of fossil-free cars on the roads. Several companies are developing factories to produce the world’s ‘greenest’ battery cells, primarily based on lithium-ion technology.

After a new large-scale battery project was announced last December, the national broadcaster NRK reported that potential hosts were “queuing to become battery-municipalities”. The world’s largest aluminum producer Hydro, the state-owned former oil and gas – now energy – company Equinor and Panasonic initiated a battery partnership. Their so-called Joint Battery Initiative is looking for a suitable location for their plants – 82 municipalities across the country have applied to host it.

In the meantime, three other projects aspire to deliver lithium-ion batteries within half a decade. One of them is in Mo i Rana, an industrial town just below the arctic circle. Freyr, which recently got listed on the New York Stock Exchange, is constructing four battery plants with up to 43 GWh capacity by 2025. These factories could produce cells for up to 800’000 electric cars a year. The Rana municipality is optimistic: Expecting 1500 new jobs, it bought shares in Freyr worth 10 million NOK last year, and is even considering to build a new airport.

The new battery industry in Norway promises economic growth, up to 30’000 jobs, regional development and technological innovation. In its latest climate action plan, the government identified industries along the battery supply chain as key to ‘green growth. Battery technology also speaks to desires of mitigating climate change: According to Morten Halleraker, Head of Batteries at Hydro, lithium-ion batteries are “one of the solutions to our generation’s biggest challenges: global warming”.

The initiatives in Norway are in line with the European efforts to ramp up battery production. More importantly, however, batteries and other renewable technologies are envisioned by industry experts to guarantee Norway’s future as an “energy superpower” in light of decreasing demand for fossil fuels. In other words: “Putting its industrial capacity and financial strength to use in the green transition could turn the country from a ‘climate villain’ to a green giant”, a recent UCL policy brief stated.

Even though it remains to be seen how, and if at all, the Norwegian battery dream becomes reality, it is certain that a shift from oil and gas production to renewable energy technology would still depend on forms of extraction. Battery manufacturing relies on vast amounts of minerals such as lithium, which are mostly sourced from abroad.

Critical towards the ‘green’ and ‘responsible’ promise

The battery projects aim to manufacture ‘green’ batteries in Norway. A low carbon footprint is on one hand guaranteed by Norway’s electricity supply – 98 percent of its electricity comes from renewable sources. On the other hand, ‘green’ batteries are understood as being based on low-carbon and responsibly sourced raw materials. For instance, on their website, Freyr declares their intention to develop a ‘green’ value chain and to produce ‘clean’ battery cells made from raw materials “with the lowest possible carbon footprint and socially responsible production”.

The environmental organization Naturvernforbundet (Friends of the Earth Norway) is sceptical towards the emerging battery industry’s promises. The regional sections of the organization in Nordland and Trøndelag raised concerns about how ethical and carbon-neutral sourcing of battery minerals in reality can be, and condemned the industry’s claim to be ‘green’. When the plans for a gigantic battery plant in the North were announced, the Nordland section criticized a possible windmill park accompanying the project and the grand scale of the plans. Yet, with the decreasing relevance of wind energy for Freyr, they showed themselves more supportive. Surprisingly, with the notable exception of Naturvernforbundet, Norwegian civil society has been rather quiet about the new large-scale industrial visions.

The organization is concerned about environmental damage and social problems resulting from the extraction of battery materials, such as nickel, cobalt, graphite, manganese and lithium. For instance, they raise environmental concerns caused by the vast consumption of water and land due to lithium extraction. In the so-called ‘lithium triangle’ in South America, extreme water shortages and increased risks for soil and air contamination are affecting local residents’ livelihoods. Currently, most battery-grade lithium is sourced either from brine in Chile and Argentina, or from hard-rock deposits in Australia. Some lithium projects have been facing strong opposition, as the protests by indigenous activists in Chile amidst the country-wide protests against social inequality exemplify.

The Norwegian Naturverforbundet is not only questioning how, but also on what scale and intensity, the extractive rush for lithium and other battery raw material are taking place. Their criticism is relevant: Phasing out fossil-fuel driven cars – i.e. Norway bans their sale from 2025 – the demand for ‘critical raw materials’ is rising quickly. The latest International Energy Association report, for instance, expects the demand for lithium in batteries to grow 30-fold until 2030 and more than 100-fold by 2050. As a consequence, lithium mining will inevitably increase.

The European battery sector has been concerned by the Chinese dominance in the lithium supply chain, and by the increasingly important labeling of metals with carbon tags and environment, social and governance (ESG) standards. As a consequence, governments and mining industries are eying new mineral reserves to tap into, in order to secure steady supplies of lithium in the future.

Norway has increased its geological mapping to identify underground resources – including in the deep sea. On land, Norway does not have any economically viable lithium deposits, according to the Norwegian Geological Survey. On the seabed, however, recent expeditions have discovered high concentrations of lithium, amongst other minerals, along the Mid-Atlantic Ridge. When, and if at all, these deposits will be ‘harvested’ remains unclear.

In Europe, a number of hard-rock mining projects have been announced in Serbia, Finland, Portugal and Spain. However, Bloomberg Metals analyst Kwasi Ampofo, believes that by 2030, Europe will still have no significant capacity in producing lithium chemicals. Considering that Chinese actors largely control the lithium supply chain, lithium will likely still be shipped across the globe, at least for the first generations of Norwegian batteries. In the future, European mining could lower carbon emissions of European batteries by shortening transport routes, and increase supply security for Norwegian and European battery producers.

Expanding mining of battery raw materials in Europe is strongly supported by the European Union. According to the EU, a ‘reliable, secure, and sustainable access to raw materials is a precondition for Europe’s Green Deal’. Recent efforts to develop battery policies and regulations have implied mandatory supply chain due diligence: The latest proposal for the EU batteries regulation recommends to include lithium in the scope of the supply chain due diligence obligations and requires its sourcing to be sustainable. The Norwegian government will adapt its law accordingly, and has already proposed a new human rights transparency and due diligence regulation. These steps seem to move into a positive direction in terms of responsibility and accountability of lithium sourcing.

Mining projects in Europe, however, have not been less contested than elsewhere. In Spain or Portugal, for instance, people have opposed lithium mining plans in local and national protests. For them, open-pit mines threaten local heritage, natural environments and livelihoods. Local activists and residents in Northern Portugal fear pollution and destruction and in the name of ‘green’ mobility and ‘clean cities’.

Decarbonising (individual) transportation with battery driven EVs is bound to rely on minerals such as lithium. And while increasingly attention is paid to responsible, transparent – and shorter – supply chains, the projected spike in extraction creates ambiguities in perceptions of what ‘green’ and ‘sustainable’ futures are.
________________ 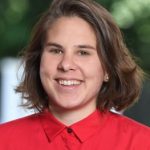 Anna-Sophie Hobi is a PhD Fellow at Noragric. With an interest in themes of energy transition and extractivism, her research focuses on lithium and its role in the futures of Zimbabwe and Norway. Previously, Anna-Sophie worked on transparency and responsibility in the commodity sector as a Mercator Fellow on International Affairs. She studied Social Anthropology and Prehistoric Archaeology at the University of Basel and Linnaeus University.