Nobel Peace Prize winner Juan Manuel Santos is as much a hawk as he is dove, and the ongoing peace negotiations with FARC represent but one of three difficult peace deals that need to be brokered if Colombians are to have any real hope of peace.

On 10 December, Juan Manuel Santos, the President of Colombia, will receive the Nobel Peace Prize for his efforts to establish an end to the country´s 52 year-long armed conflict. Although awarded in the President´s name, the Nobel Committee commented that it hoped that the prize would encourage all parties to continue working towards peace. Following the announcement of his win, Santos was quick to state that he accepted the prize “on behalf of all Colombians”. The prize clearly highlights the need to find an end to a violent conflict that has resulted in over 250,000 dead. With these events, it appears that peace may appear to be just around the corner in Colombia. However, take a closer look at social and economic dynamics in the country and it becomes visible that Santos is not all about peace and the current brokering of a political peace with the FARC (the Revolutionary Armed Forces of Colombia) is but one of several “peace/s” still to be reached:

Peace 1: Territorial: On the 2nd of October, the Colombian government organized a national referendum on the deal that they had negotiated with the FARC and had signed at a ceremony in Cartagena on the 27th of September. If the government received support for the deal it would have meant the start of a territorial peace in Colombia. This is a territorial peace that the ELN (The Army of National Liberation), another of Colombia´s guerrilla groups, has given clear indication of being keen to join. To the shock of the government, the international community and many in the public, the referendum returned an unexpected result. The results of the referendum demonstrated that 50.23% of Colombians who voted (37% of the population) opposed the peace deal. Without democratic political support for the agreement there can be no territorial peace. Frustrated by this result thousands of university students, indigenous peoples, and working people carried flowers through the streets of Bogota and other world cities to ask for an end to conflict. Recognizing that it was the terms of the deal, not peace itself that the public had rejected, the negotiating team have re-entered talks. Ex-president Alvaro Uribe considered the intellectual leader of the No campaign, rejected the “Special Jurisdiction for Peace” and the “total impunity” for FARC leaders as conveyed in the agreement. Subsequently the ‘No campaign’ added other demands: arms must be handed over quickly, illegal crops fumigated, guerrillas must clear minefields, and “real reparations” made to victims. On the 13th of November, the government and the FARC leadership announced that they had been able to redraft the peace agreement in a manner that “incorporates changes, clarifications and some new contributions from various social groups”. It is expected that the new draft agreement will not be decided by a new referendum but submitted to the Colombian Congress.

Peace 2: Political: New peace talks now aim to re-negotiate the terms of territorial peace with the guerrillas, and to do so by taking into account the perspectives of the ‘No campaign’. Interestingly, however, very little consideration has been made of the 63% of the population who did not participate in the referendum at all. The peace deal included plans for reintegrating former guerrilla fighters into society that were deemed too lenient by a significant slice of a Colombian electorate fed up with the FARC. Almost all Colombians wanted peace, but disagreed whether the accord amounted to a necessary political settlement or unwarranted amnesty for criminals. Other than this it was also evident to many Colombians that both the government and the No campaign used scare tactics and untruths to goad people into taking part in the referendum. Indeed, as was revealed by the leadership of the No campaign to the international press after the result of the referendum, they were proud to have carried out a “dirty tricks” campaign to mislead the citizenry: if the FARC were allowed back into civilian life and politics it would have consequences for everything between religion, property ownership, wages and sexual rights. Indeed, as civil society groups in the cities and rural areas make clear, the citizenry were not only aware of the flaws in the referendum process, but also more seriously the lack of substantive representation in the wider national political and economic system (32% live in poverty). People remember that Santos was the Minister of Defence during the Uribe government at the time of the “false positives” scandal (a scandal in which innocent young men from peri-urban areas were murdered by the military in order to increase the public score of guerrillas killed).

Peace 4: Economic & Environmental: During his first term of government (2010-2014) President Santos launched a development programme in which expansion of the mining and energy sector would become a central driving force for economic growth in the country, i.e., termed by the Santos government the energy-mining locomotive. Civil society in the country, including indigenous and afro-descendent groups (approximately 30% of population), however, hotly contest the benefits of this economic model given its social and environmental impacts, along with the securitization it has also incurred in areas of production. Colombia is now South America’s largest coal producer and the region’s third-largest oil producer after Venezuela and Brazil. The country is also a significant oil exporter, ranking as the fifth-largest crude oil exporter to the United States in 2015. The day after President Santos signed the now popularly rejected peace accord with the FARC, he spoke at the 2nd International Colombian Oil Producers Association Meeting re-stating his commitment to the industry. He announced that post-conflict period would provide new opportunities for investment and expansion, and that the military would be further tasked to provide security to extractive sites. Close to half of Colombian territory is now included in maps of concessionary sites for hydrocarbons extraction and mining (including gold and emeralds). As the extractive frontier has grown, local communities dedicated to other economic activities such as subsistence farming have been pushed off their land, adding to the over 5 million already displaced by war. They have also witnessed the links between extraction and the poisoning of rivers, land and air. A proliferation of court cases, litigation and protests has occurred as local communities attempt to claim legal and political protection. Consultations with local communities also take place, but often end in anger and frustration as local people observe the way in which these mechanisms are manipulated by state officials and corporate representatives. More serious still, the expanding extractive frontier has attracted a series of armed actors (military, guerrilla, para-militaries, organized criminals and the drug cartels), interested in the potential for levying war taxes, for funds to by arms, and to launder illegal money. Colombia´s drug war is now significantly embedded in its extractive economy. Death threats and assassinations of human rights and environmental activists have also grown apace with this expansion. Indeed, the increasingly incendiary language of President Santos and other members of the conservative right, in which civil society activists are characterized as fundamentalists, extremists and jihadists, adds fuel to this cruel mix. 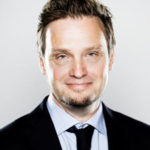 John-Andrew McNeish is a Professor in International Environmental and Development Studies at Noragric. His main areas of interest are in natural resource politics; anthropology of development; popular participation and sovereignty; and violence and causality. 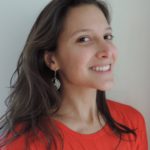 Erika Rojas is a Colombian PhD Fellow at NMBU. Her research interests are in conflict transformation, peace-building, security, gender and reconciliation. She is part of the EU Horizon 2020 project ICT4COP, Community-Based Policing and Post-Conflict Police Reform, in which she is researching the ‘re-definition of (in)security and community-based policing after reconciliation’. Erika presented at a Nobel Dinner hosted by Vitenparken and the Society of Doctoral Candidates at NMBU (SoDoC) in November.

Previous Post: A shift in thinking.
Next Post: The Politics of Fear: Russia Decriminalizes Violence against Women