Climate change uncertainty is often considered a ‘super wicked problem’ by scientists and policymakers, and climate scientists have long strived to understand and quantify uncertainty. These efforts have rarely taken into account how local people – particularly those living at the margins – make sense of and cope with uncertainties. There is a gap between uncertainty as understood and experienced from ‘below’ by local people and how it is conceptualised and represented from ‘above’ by climate scientists and experts. How can this gap be bridged? The project ‘Climate Change, Uncertainty and Transformation’, led by Lyla Mehta and funded by the Research Council of Norway, explores how uncertainty is experienced and perceived by people from the ‘below’, ‘middle’ and ‘above’, focusing on three sites in India: the Sundarbans, the drylands of Kutch, and the coastal megacity Mumbai.

On 24 August 2017, the project team organised a round-table to bring together researchers, policymakers and funders to discuss the challenges of uncertainty and climate change. The round-table, held at the Norwegian Institute for Water Research (NIVA), kicked off with a powerful ‘photovoice’ documentary that demonstrated the precarious livelihoods of the Sundarbans island dwellers, who are facing a rise in sea level and natural hazards such as cyclones.  How do local women and men deal with the uncertainties, and what are the responses from the ‘middle’ (such as NGOs and local  institutions) and ‘above’? How can we build bridges between the experiential and the technical/scientific knowledge, to come up with sustainable solutions for these three study sites, and more broadly, those similarly at risk in other parts of the world?

Participants highlighted the importance of social science perspectives to challenge the dominant positivist framings of climate science. One participant likened climate scientists to a drunken man looking for his keys: searching under the lamppost because that is where the light is – though not necessarily where the keys are. Quantifiable variables constitute the ‘light’, guiding climate scientists, but too narrow a focus might lead them to miss other key areas. Moreover, social science perspectives offer insights on how climate change uncertainty is compounded by a multiplicity of other uncertainties, brought about by processes of rapid urbanisation and industrialisation. Appreciating the importance of scale is also key, in both temporal and spatial terms; whereas climate change models often focus on the global scale and long-term time-frames, local experiences, interests and concerns are in the short-term, the ‘here and now’. The further down the scale you move, the greater the uncertainty; current models cannot capture the diversity at the local scale.

How do we communicate uncertainty? This was a constant theme throughout the round-table discussions. Climate scientists tend to concentrate on communicating through numbers, such as the probability of a given event happening. But the average layperson may not understand or interpret the real meaning of these numbers. We have to come up with alternative ways to communicate uncertainty, such as descriptive or visual scenario representations.  To communicate, and to build bridges between the ‘below’ and ‘above’, we must be as explicit as possible about the who, what and how: who is experiencing uncertainty, what uncertainties are they facing, and how? In the Sundarbans, when the plight of the local people is brought to the attention of the state departments, there is no one department that has responsibility. Instead, there is a fragmented institutional landscape divided along sectoral lines and riddled with internal power dynamics and conflicts of interest that obstruct action. Thus, there is a need to build bridges, not only between the below and above, but also in the middle, between such sectoral divides to enable more holistic and inclusive approaches to dealing with climate change uncertainty.

Another communication challenge exists between researchers and policymakers; social science researchers often highlight complexity and uncertainty, and sometimes policymakers point to these issues as an excuse to do nothing. The policymaker present at the round-table strongly emphasised the importance of effectively translating research into a language that politicians can actually understand and use. Striving to understand the various ways in which uncertainty is experienced, understood and conceptualised must, then, be accompanied by efforts to develop communicative skills that make the complexities of uncertainty clear and easily understood. In this way, the research will promote, rather than stifle, action. 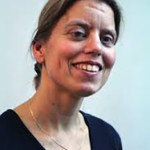 Synne Movik is an Associate Professor at the Faculty of Landscape and Society at the Norwegian University of Life Sciences. 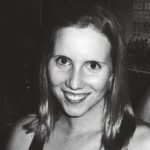 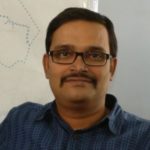 Previous Post: A tale of two cities: flooding in Houston and Mumbai – time to learn?
Next Post: What does it take to be a productive researcher?